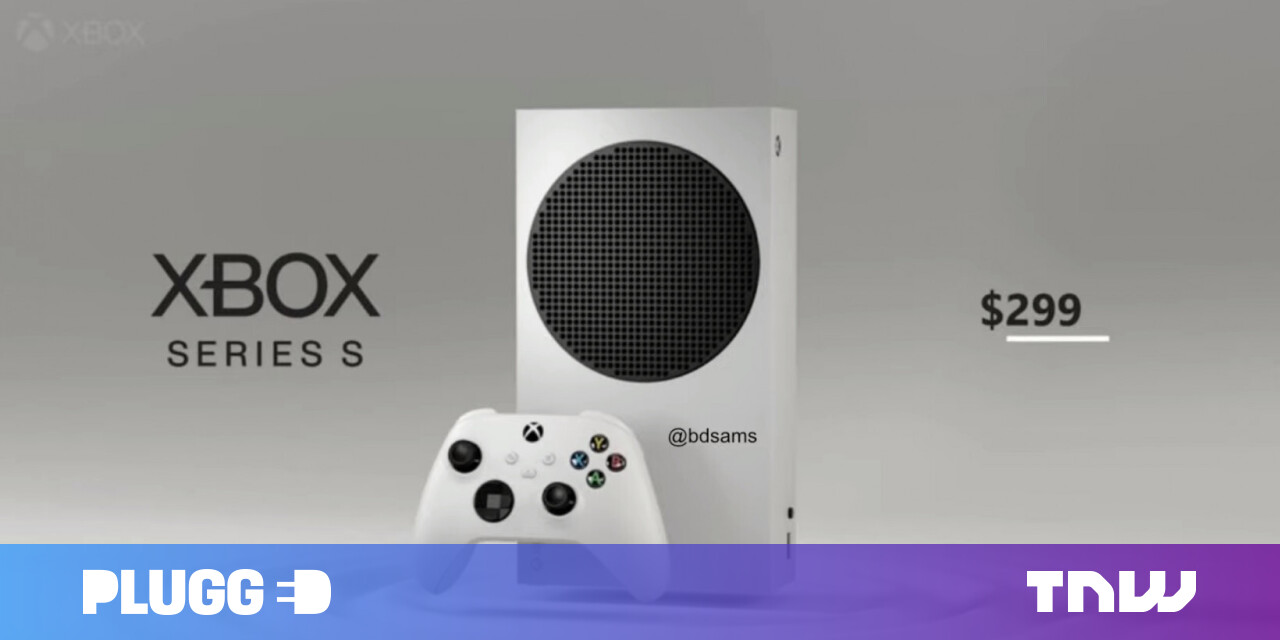 We’ve been hearing for months now that, alongside its next-gen Xbox Series X game console, Microsoft is set to unveil a cheaper model called the Xbox Series S — likely with lower-end hardware specs and without a disc drive. Now, Thurrott’s Brad Sams has just released a video of what is purported to be the Series S in most of its glory.

The video depicts the Xbox Series S in a white finish with a circular grille on the side panel, and these elements appear to share the design language of the Xbox Series X hardware that we’ve already seen.

Sams noted it’ll be priced at $299; that’s the same as what the 500GB Xbox One S cost when it launched in 2016. Windows Central is currently reporting the same price, as well as $499 for the Xbox Series X with a launch date of November 10. However, Niko Partners analyst Daniel Ahmad, who is usually in the know about this sort of thing, noted that while the console design in Sams’ video is indeed real, it’s hard to confirm the price at this point.

To clarify a couple of points from the first tweet, since people keep asking me.

1. Yes, this is the real console design and the console exists.

While the Xbox Series X will attract hardcore console fans looking for high-end graphics performance from next-gen games, the Series S should help gamers on a budget get in on the action without breaking the bank.

It lacks a disc drive, but between Microsoft’s growing game store, the compelling Xbox Game Pass subscription service, and its Project xCloud game streaming service (which is now bundled with Game Pass Ultimate), you’ll have access to plenty of titles without the need for physical copies.

Here’s another video, from Twitter user _h0x0d_ depicting the size of the Xbox Series S in comparison to the Xbox One X.

We were hoping to hear more from Microsoft about the Series S last month, which didn’t happen — so it’s hard to say exactly when the company will officially announce more details. Naturally, we’ll keep an eye out for more news to share.