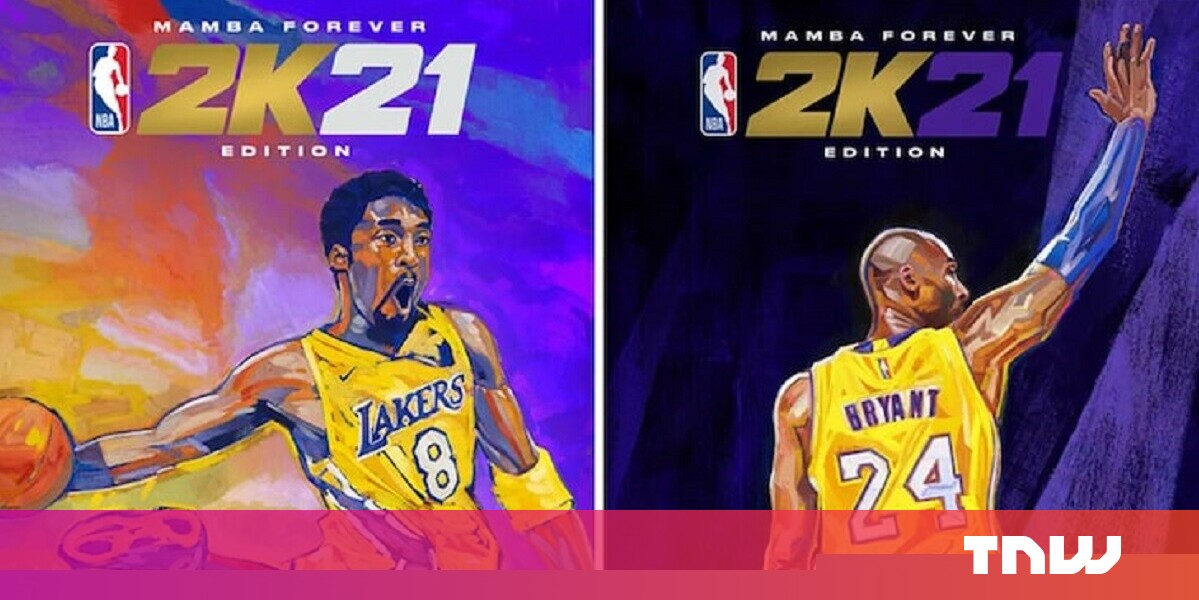 I’ve waited to write this review for several reasons. First off, NBA 2K21 has not launched to the kind of acclaim the series is used to. I wanted to give the developers a bit of time to patch things up before I finalized my impressions.

Second, like a lot of you, my game wasn’t working properly. I wasn’t able to join multiplayer matches at launch – luckily that was quickly fixed and it’s working buttery smooth for me now – and the Mamba Edition bonuses weren’t working for me after a full week had passed.

This review focuses on the My Career mode. There will be some mild spoilers for the story, but I’ll make sure to let you know which paragraphs to skip to avoid them.

Back to those launch problems. Let’s be clear: I played a review copy. 2K sent me the game, so I had no personal investment in extras or bonuses. Normally I’d dismiss those and focus on the core game play and features. But the Mamba Edition costs significantly more than the standard edition and the players who invest in it often do so in order to be competitive with some of the world’s finest e-sports competitors.

NBA 2K boasts a huge roster of professional gamers and amateurs looking to win their share of hundreds of thousands of dollars in prizes. This isn’t a tiny competitive gaming niche we’re talking about, 2K is one of the big ones like Madden or Overwatch.

And that means a lot of people who suffered from the glitch that made their bonuses not show up (including a highly coveted 100K in Virtual Currency (VC), the game’s sole method for upgrading your player’s core stats) weren’t able to get their characters to an ability level commensurate with those lucky enough to have the extra boosts working from launch.

That’s a giant bummer. People often take time off from work, plan their weekends ahead, and really treat themselves when their favorite games launch. To the best of my knowledge the issue still persists for some people despite the company announcing last week it was fixed. I still have an open ticket that’s over a week old with 2K Support, though I finally solved my problem by searching for solutions on Reddit.

For me, the issue was fixed after I unplugged my console for five full minutes and then started it back up again.

These issues are now resolved, but they weren’t the only problems to occur at launch. The game’s single biggest change was an “all-new shooting stick” mechanic.

Am I the only one struggling with this shot meter ? 🤦🏾‍♂️ and I ain’t made a free throw yet

2K essentially dropped the vertical meter and replaced it with a horizontal one. The sweet-spot for “green” shots (perfectly-timed, that is) is much smaller than previous years and, if that wasn’t hard enough, now you have to nudge the stick right or left as you’re shooting in order to properly aim.

It’s hard to understand why 2K would opt to make shooting more difficult than it already was. Many have argued that it’s meant to appease the highest level of competition – the folks who regularly participate in the top tournaments – but I just don’t see it. Nobody I know was out there saying NBA 2K20 would have been made better by a more difficult shooting mechanic.

Worse, there doesn’t appear to be any offset benefit to the added difficulty. In the past the developers have nerfed the face button shooting mechanic in order to convince players to shift to the analog stick one – and it really feels like they’ve done the same thing this year. But, because of the added difficulty, it’s just not worth it to try it in the heat of an intense park or NBA game.

2K did issue a patch that allows players to use the old mechanic, but it doesn’t apply to the Park (where those who want to play against real people spend the majority of their time) or to NBA games on the highest difficulty level (where we grind our characters for maximum VC and badges so we can go back to the Park and win). This is a letdown.

But here we are. Post-launch and finally able to enjoy NBA 2K21 for what it is. Unfortunately what it is can be described in four words: not quite good enough.

That’s not to say it isn’t good though. NBA 2K21 is slightly better than NBA 2K20 in many ways. Let’s shift gears and talk about what’s really, really good this year: dribbling. I’ve been playing the series since it was just called “NBA 2K” back in 1999 and this is the first time I’ve been able to get a character with sub-85-rated ball handling skills to do what I want them to do.

2K’s changed the shot stick so that shooting is only initiated when you pull down on it. This sounds simple, but by golly it’s a giant quality of life upgrade that should have happened years ago. In the past we’ve had to “flick” the stick in certain directions to perform dribble moves and “hold” it to initiate shooting. This, for me, meant performing dozens of unintended shot fakes throughout a game due to accidentally “holding” instead of “flicking.”

Now dribbling works more intuitively. I pay attention to my stamina and positioning when I’m trying to gain space on a defender instead of having to focus all my effort on perfectly nailing the stick moves like I’m playing Street Fighter or Tony Hawk’s Pro Skater. This is awesome.

Other changes aren’t so obviously for the better. The new story has its pros and cons, changes to the everyday game flow are a mixed bag, and presentation has been overhauled in some unexpected ways.

Let’s start with the story (no spoilers yet). This year, like every iteration of the story-driven My Career mode, you’ll begin as a young basketball player dreaming of NBA stardom. NB2K21 tells the story of “Junior” in a tale entitled “The Long Shadow,” that has the young baller dealing with a past legacy as he tries to forge his own.

Skip this paragraph and the next one if you don’t want any spoilers. Okay, I really liked this story. It’s shorter than almost any other My Career mode and pretty much just serves as fantasy fodder for anyone curious about what it’s really like to go through the NBA draft process. Best of all, your “rival” in this year’s story is actually a friendly one so you get to be a decent person too.

Maybe I’m old, but I loved feeling like a part of something wholesome and not being forced into an RPG where my created character is either a whiny jerk or a petulant child. Unfortunately, the story suffers from the same general lack of direction (it doesn’t really matter what you do, you’ll end up being railroaded behind your rival in the draft) and some ridiculous choices (at one point, a single dialog option can unexpectedly end your college career and send you to the draft early).

Okay, spoiler-free from here out. The story aside, My Career features very few upgrades. There are a few more colleges to choose from and computer-controlled defenders are slicker and more engaging than previous years at every level of play. But that’s about it. There is, however, a lot that’s been removed.

Remember all the cutscenes as you visited your agent’s office, met up with NBA players around the Neighborhood and engaged in other activities? Gone. Most of those are no longer in the game and have been replaced by walls of text on your in-game phone. There are a few scattered here and there, but aside from the cutscenes specific to “The Long Shadow,” you won’t find many.

And the presentation has been trimmed-down to the point where it feels like someone tried to make a “skinny” version of a 2K basketball game. No more pre-game shows, and (unless they don’t show up until later in the season) no in-game interviews, post-game interviews, locker room interviews, or other interactive events.

This strips away a lot of fan-gaining opportunities, but more importantly it cuts the game down to a simple flow of: play a game, navigate menus, play practice mini games, play game, repeat forever. NBA 2K21 feels more like Madden or EA’s UFC games than it does like a bonafide 2K title.

Those of you who play the game to grind out badges for the Park will be in heaven. Everything you do in 2K21 feels designed to usher you into My Team or the competitive Park modes. You can shave off about 5-10 minutes of non-playing time per hour by not having to participate in all the previous year’s interactive elements.

The rest of us, the people trying to live out an RPG fantasy where we’re an NBA player, will probably miss the immersion that came from the previous iteration’s presentation.

On the positive sides, the commentary is improved and updated. There’s been some minor graphical updates, all of which seem like nice additions and the presentation graphics run a lot smoother in the game engine now.

Out on the park, very little has changed but the aesthetics. I haven’t spent significant time playing in the Neighborhood, but the few games I did play seemed to pick up right where NBA 2K20 leaves off.

And that’s my biggest problem: this doesn’t feel like a sequel. I could go on about some of the other changes (the Neighborhood is at a beach now, but you can’t do any beach-related activities and the only differences are aesthetic) and it no longer pushes the casino vibe, exchanging it instead for an arcade, but what’s the point?

If you’ve played NBA 2K20, you’ll be squinting to see changes that affect the core experience beyond the new stick mechanics. If you haven’t, then NBA 2K21 is slightly better in enough ways to merit a purchase for those who don’t already own last year’s iteration.

My final verdict: NBA 2K21 is only worth buying if you’re going to play in the Neighborhood against other players or compete in one of the game’s many multiplayer modes. If you’re going to spend the majority of your time living your own single-player NBA fantasy, you might be better off spending money on VC and keeping your NBA 2K20 character going.

This year’s effort feels like it should have been a patch and a story-driven DLC add-on for NBA 2K20. It’s not worse, it just isn’t good enough to justify the time spent making it and the money it costs to purchase on the current generation of gaming consoles.

We’ll revisit NBA 2K21 on next gen consoles to see if the experience is improved enough to merit a second glance, but as for right now: It’s a no from me.