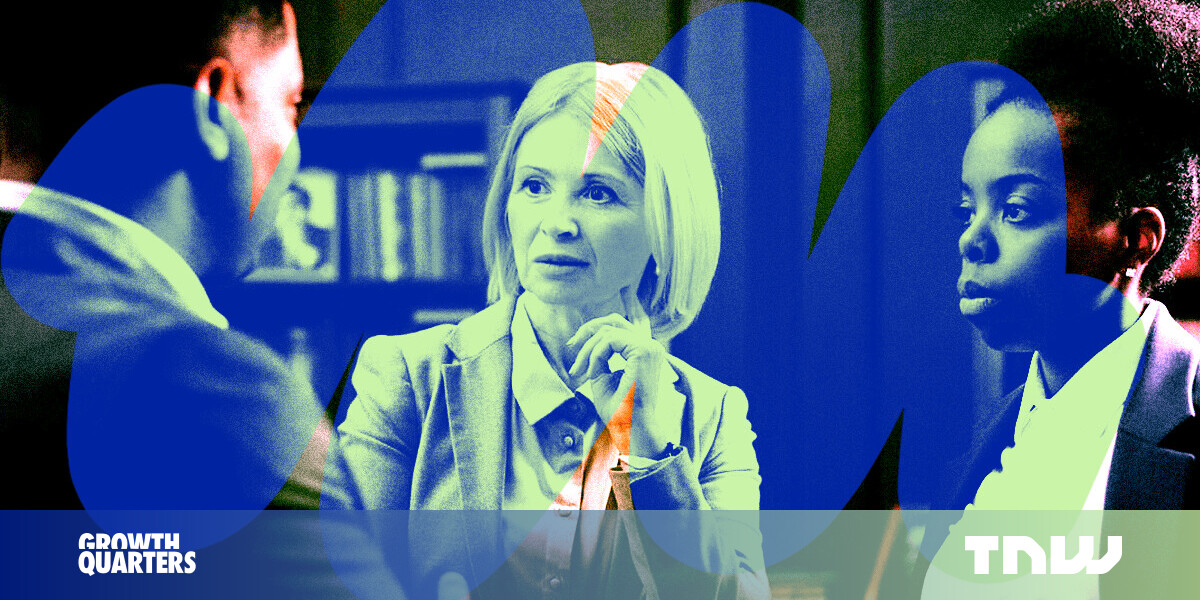 So you’re interested in our subbrand Growth Quarters? Then join our online event, TNW2020, where you’ll hear how the most successful founders kickstarted and grew their companies.

Imagine that your boss Ethan calls you into his office. He expresses disappointment in your recent performance and lack of commitment. How would you react? Would you accept the feedback and put in more effort? Or would you pout in your office and start looking for a new job?
Now, would your reaction be different if your boss was not named Ethan but Emily?

I’m a professor of economics, and my research investigates this very question.

This has important implications for the success of women in leadership, such as Jane Fraser, who will take over Citigroup in February, becoming the first woman to lead a major Wall Street bank.

If giving feedback is more likely to backfire for women in positions of power, they may adopt less effective management strategies or become altogether less interested in holding leadership positions.

Women in the workplace

These disparities remain despite women having overtaken men in educational attainment. They have also begun scoring higher on leadership competency tests in recent years.

Existing studies do not find clear evidence of gender discrimination against job applicants for upper management. Due to methodological constraints, such research typically focuses on hiring for entry-level positions.

Discrimination in promotion is much harder to study, as work interactions are more difficult for researchers to observe. My research, however, helps address this issue.

Results show that both women and men react more negatively to criticism if it comes from a woman. The subjects reported that criticism by a woman led to a larger reduction in job satisfaction than criticism by a man. Employees were also doubly disinterested in working for the company in the future if they had been criticized by a female boss.

Women in upper management are not simply being ignored. Workers hired for the transcription in our study actually spent slightly more time reading and thinking about feedback from female managers.

Nor can implicit biases explain why employees are less likely to take criticism well from women. While we found that workers in this study were, on average, more likely to subconsciously associate men with career and women with family, this tendency does not predict whether they discriminate against female bosses.

This type of discrimination is also not due to a lack of exposure to female supervisors. Workers stating that their previous female supervisor was highly effective were just as likely to bristle at the criticism from a woman boss.

It remains unclear the extent to which results from this study can be generalized across more traditional work settings. Yet, the “gig economy” and other remote work arrangements are a rapidly expanding part of the economy.

Some have argued that these jobs offer more flexibility and thus particularly benefit women. However, findings from this study highlight additional concerns about discrimination in the gig economy due to lack of regulatory oversight and equal opportunity protections in these jobs.

What can be done?

Recently, some companies started trying to stem discrimination against women in management positions.

Several have employed “feedback coaches,” teaching workers to focus on the content of feedback rather than the identity of the person providing it. There is also evidence that informing people of their biases may affect their behavior.

[Deep knowledge, daily. Sign up for The Conversation’s newsletter.]

Other research suggests that highlighting specific credentials of women in leadership – such as positive evaluations or reference letters – may be an effective remedy.

To end on a hopeful note: Negative reactions to criticism from female bosses in my study is lower among younger workers and disappears for those in their 20s. Though younger employees may discriminate more as they age, it could be that this is a generational shift.

This article is republished from The Conversation by Martin Abel, Assistant Professor of Economics, Middlebury under a Creative Commons license. Read the original article.