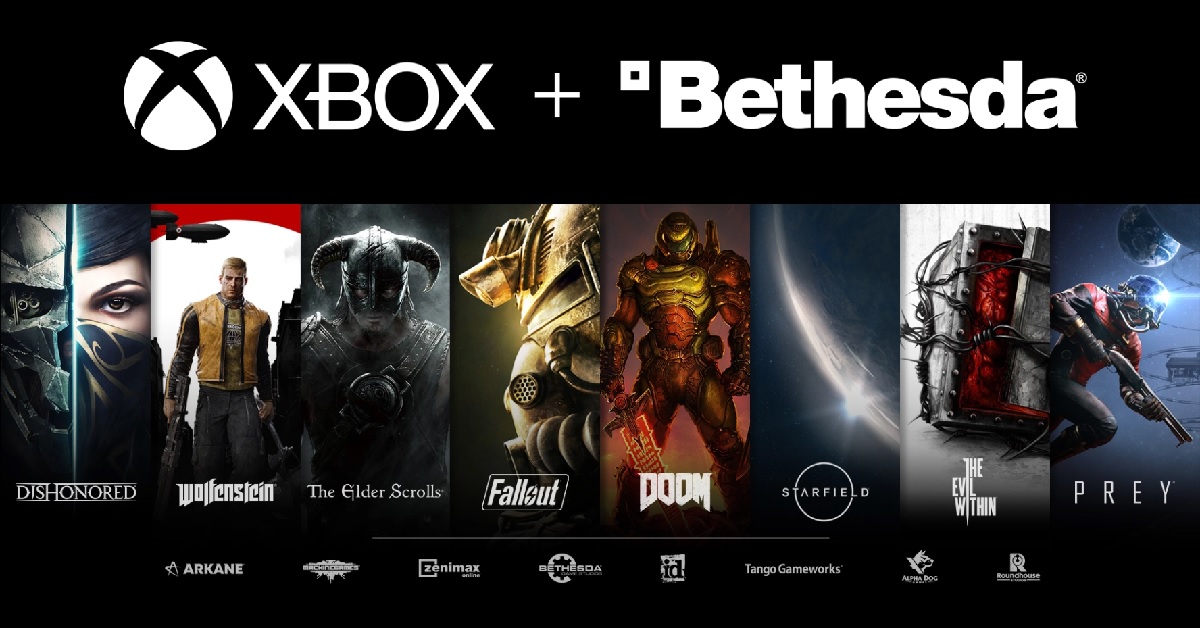 It’s the coup of the century. Microsoft just purchased ZeniMax and Bethesda for $7.5 billion, meaning it just added some of the biggest games and game makers ever to its stable. What does this mean for the millions of gamers bracing for the next generation of console releases?

Today is a special day… We are THRILLED to welcome the talented teams and beloved game franchises of @Bethesda to Team Xbox!

The two companies announced the acquisition this morning. In case you don’t know, this now puts the likes of Bethesda Game Studios, id Software, and Arkane in Microsoft‘s hands. The Big M sure wasn’t shy about its success, saying in its announcement, “These are the teams responsible for franchises like The Elder Scrolls, Fallout, Wolfenstein, DOOM, Dishonored, Prey, Quake, Starfield and many more.”

That price tag is one of the largest in any gaming industry acquisition ever. For context, $7.5 billion is three times what Microsoft paid for Minecraft developer Mojang. It’s not a coincidence this was revealed right before pre-orders for the Xbox Series consoles go live. An acquisition of this magnitude is definitely the sort of thing that moves consoles. Considering the Xbox Series took a blow when Halo: Infinite was delayed, this news is likely to put it back in the running.

Read: Are EVs too expensive? Here are 5 common myths, debunked

So far, both Bethesda and Microsoft have delicately avoided the million-dollar (or, more accurately, the seven-billion-dollar) question: that being whether Bethesda games will be exclusive to Xbox going forward. Bethesda committed to releasing upcoming games Deathloop and Ghostwire: Tokyo as timed exclusives on PlayStation 5, and Xbox head Phil Spencer told Bloomberg it plans to honor that commitment. As for every other game — such as The Elder Scrolls 6 or the aforementioned Starfield — they’ll be on other consoles on “a case-by-case basis.”

The most likely party to benefit by this arrangement is Xbox Game Pass subscribers. It remains to be seen whether future Bethesda games will be console exclusives, but I can definitely see them being timed Game Pass exclusive at best. But in the worst case scenario, PlayStation gamers may lose out on some of Bethesda’s future games — likely exactly what Microsoft wants potential buyers to consider when deciding which of the next-gen consoles they want.

That said, there is some indication Bethesda will be permitted to remain console-agnostic. Todd Howard, Bethesda director and my mortal enemy, said in a post on Bethesda’s site that the two companies believe everyone should be able to game no matter what device they’re using:

We share a deep belief in the fundamental power of games, in their ability to connect, empower, and bring joy. And a belief we should bring that to everyone – regardless of who you are, where you live, or what you play on. Regardless of the screen size, the controller, or your ability to even use one.

So if you have a PS5 pre-order and you’re worried, you don’t need to be… yet. In case you’re interested, the Xbox Series X and S pre-orders go live on Tuesday morning.

So you like TNW? Then join our upcoming online event, TNW2020, you don’t want to miss it.