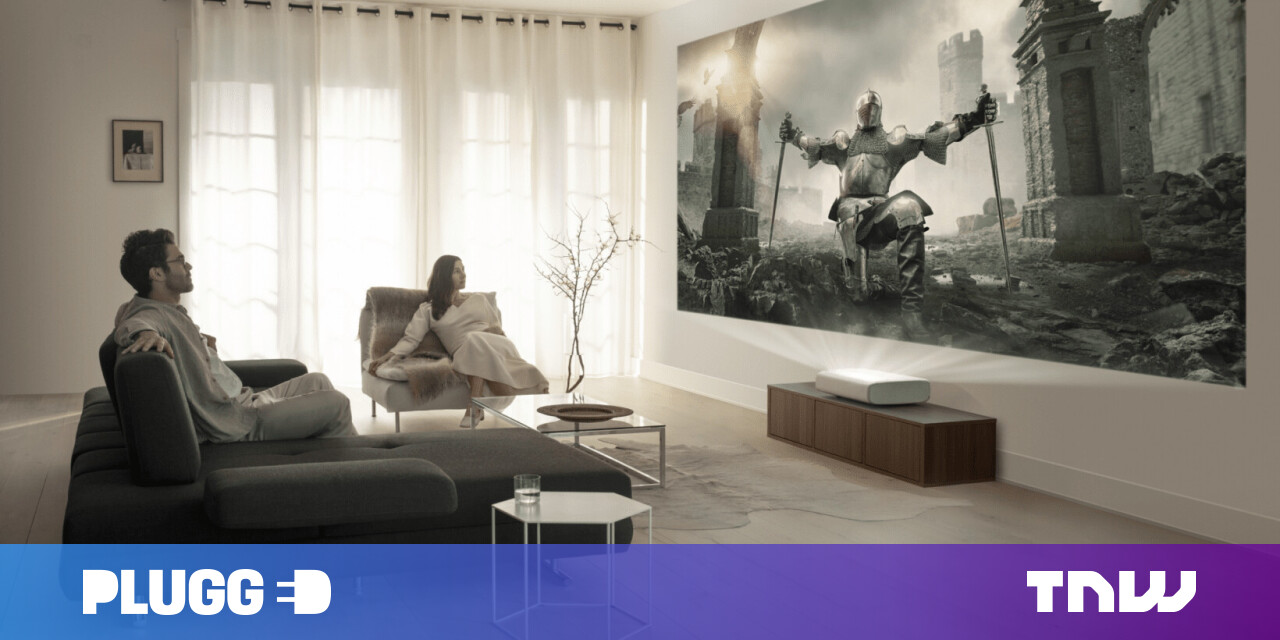 A few weeks ago, Samsung announced ‘The Premiere,’ its new family of ultra short throw projectors promising a display of up to 130 inches from just a few inches away from the wall. Problem was, the company didn’t announce price or availability — until now.

Starting today, you can purchase the 120″ LSP7t for $3,499.99, or the 130″ LSP9T for $6,499.99. Those few extra inches will really cost you, it seems, but really that’s a function of other specs. In order to achieve a larger display while maintaining adequate brightness for the HDR10+ specification, the LSP9T needs a more powerful light source; the LSP7T is rated for 2,200 ANSI Lumens compared to the 2,800 of the more expensive model — the latter being the first HDR10+ certified projector on the market. That specification allows for more dynamic changes in lighting, although HDR10+ content is extremely lacking at the moment.

Image quality aside, the projector comes in a compact form factor that includes built-in speakers with surround sound virtualization, allowing it to (attempt to) replicate the surround effects you’d get from a proper multi-speaker setup. It also comes with the Tizen software used throughout Samsung’s TVs, which is a big upgrade over what’s available on most other projectors, and the laser-based lamp should ensure longevity over the bulbs in traditional projectors.

On the other hand, it still does seem expensive, considering the excellent VAVA 4K projector claims 2,500 ANSI lumens at $2,800 retail; cheaper than either model. Meanwhile, the Optoma CinemaX P2 retails for $3,299 and claims 3,000 Lumens. Granted, those are just claimed specs; Samsung’s projectors are spec’d for HDR10+ compared to the HDR10 of the other two. We’d have to see the projector in-person to see whether the end-result picture quality on the Samsung– not to mention other features — is actually worth it.